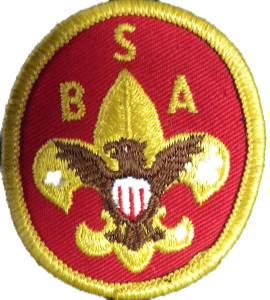 Today, former Boy Scout, Steven Parker, filed a request with the Ramsey County District Court, asking the Court to allow him to seek punitive damages against both the Boy Scouts of America and the Northern Star Council because they concealed information involving thousands of sexually abusive Boy Scout Leaders.

“It seems that the Boy Scouts cared more about registration fees and uniforms sales than the safety of the Scouts themselves,” stated the Plaintiff Steven Parker. “I was especially vulnerable because I came from a single-parent home with no father to protect me.  I sure do wish that the Boy Scouts would have chosen to protect me instead of protecting their reputation and money.  My life would be very different today if the BSA had done the right thing back in 1967” claims Parker.

One of Steven Parker’s attorneys, Minneapolis attorney Patrick Noaker, argues in Court documents that punitive damages are warranted in this case because “the BSA acted with deliberate disregard for the safety of others, including Plaintiff, when BSA intentionally disregarded the information contained in its centralized IV Files showing that pedophiles had infiltrated BSA’s troop leadership positions and that those pedophiles often isolated their victims on camping trips and used alcohol, drugs and pornography to groom and ultimately sexually abuse.”  In fact, Noaker argued that the Viking Council (merged to form Northern Star Council in 2005), was actually run by a pedophile prior to 1961. In 1961, it was discovered that James W. Bartlett, the Scout Executive for the Viking Council, which is the chief executive for the Council, resigned after reports that he sexually abused Scouts while at a camp.

Noaker also points to numerous examples of Scout Leaders, within and outside of the Viking Council, who, prior to 1967, had sexually abused Boy Scouts on camping trips and who had used alcohol, marijuana and pornography to groom and abuse – operating just like Steven Parker’s abuser, Momont. “The Boy Scouts knew that young Scouts were especially vulnerable when they were isolated on camping trips, and the Boy Scouts concealed that information, instead of acting on it. That is a deliberate disregard for the safety of young Scouts and punitive damages are appropriate,” argues Noaker. (See below for specific IV Perversion Files)

“No other entity is known to have had this amount of case material concerning sexual abuse of young people in the United States. At present there has been no presentation in professional or lay literature of any body of knowledge about this topic that came close to rivaling the knowledge base provided to BSA by the IV files.”  Schoener concluded that based upon the information available to the Boy Scouts in the IV Files, prior to 1967, the BSA could have and should have implemented child abuse prevention policies that required two adults to be present for all activities, forbidding one-on-one activities between Scout Leaders and Scouts as well as a number of other standards and protocols to protect Scouts, and had BSA implemented these reforms, it is unlikely that Steven Parker and many other Scouts would have ever been sexually abused.

“Punitive damages are especially applicable in cases like this to deter an organization from exposing children to the risk of child sexual abuse,” explained Leander “Lee” James, one of Parker’s attorneys.  “Unfortunately it sometimes takes the threat of paying a large judgment to change bad institutional behavior.”

In a Court deposition, when asked about whether he had provided alcohol, marijuana and pornography to Boy Scouts, including Steven Parker, in order to groom and sexually abuse, former Troop 12 Assistant Scout Leader Andrew Momont asserted his 5th Amendment right against self-incrimination.  Similarly, Andrew Momont also pled the 5th when asked about whether the Boy Scouts had an IV Perversion File on him and whether there had been prior reports of his sexually abusive conduct to the Northern Star Council or the Boy Scouts.

Click on the names below to view the corresponding IV Perversion File referred to in the Court Documents: